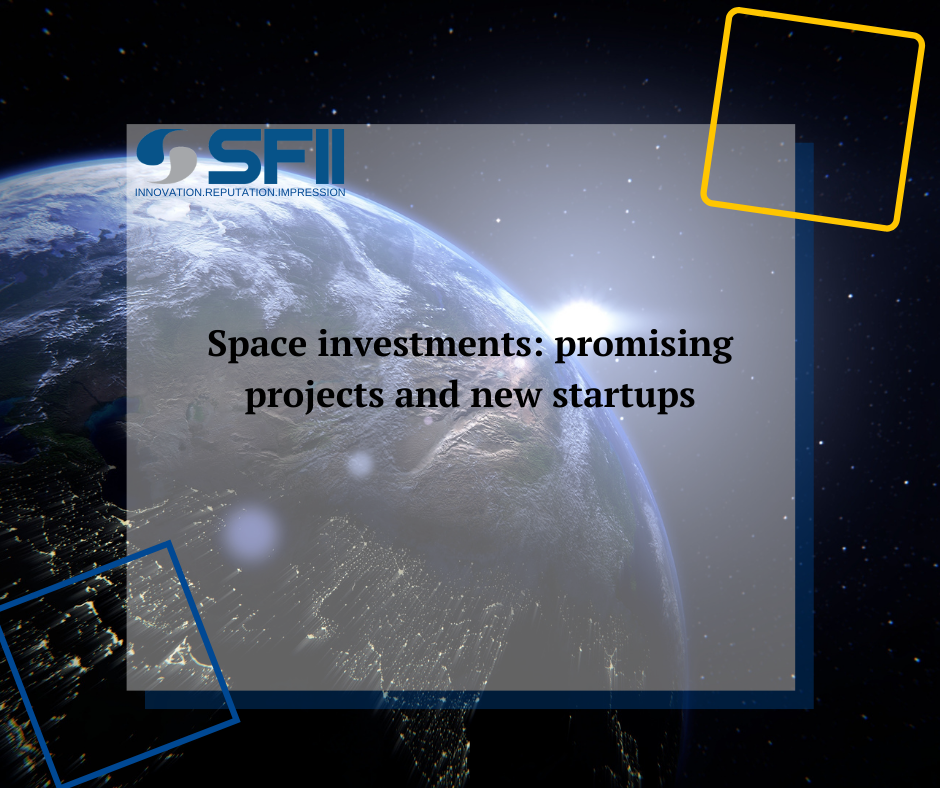 The space industry has been looking very promising lately. Thus, the last five years have accounted for two thirds of all investments in space. Venture capitalists invested a record $ 5.8 billion in 178 commercial space startups around the world in 2019, up 38% over the previous year. Only 2 projects of Blue Origin and SpaceX accounted for about 41% of investments, which were redirected to space enterprises in China and the UK.

Amazon co-founder Jeff Bezos has invested about $ 1.4 billion in his company, raising capital by selling his Amazon shares. Elon Musk’s SpaceX is slightly inferior – the company raised a little more than $ 1 billion in 2019 in series J, K and L, while the company’s valuation exceeded $ 33 billion. According to financial analysts, the projected cost of SpaceX will be $ 57 billion in 2020, and will reach $ 147 billion by 2025. The potential return until 2021 (the planned IPO date) will be over 100%.

Which space companies should be considered as an investment besides SpaceX?

On October 28, 2019 on the New York Stock Exchange (NYSE) began trading in shares of the space company of British entrepreneur Richard Branson – Virgin Galactic. As a result, it became the first publicly traded commercial space company.

During the coronavirus, the company lost about 77% of the value of its shares, but the recovery began quickly. In particular, in the period from March 20 to May 20, securities rose by 55%. Over the same period, the S&P 500 index rose only 29%.

The company’s far-reaching plans are pushing the stock upward: by the end of 2020, the company plans to carry out the world’s first tourist suborbital flight. As you know, 600 people will be the first to be sent into space. They have even paid the full ticket price, which is $ 250,000. Interestingly, famous Hollywood stars and famous pop singers are among the first space tourists. This is about Leonardo DiCaprio and singer Justin Bieber.

A significant role in the company’s business is played by the development and production of powerful information systems used to control the US armed forces. Among them: a control system for intercontinental missiles (MX), a telecommunications surveillance and satellite reconnaissance data processing (SAPS) system, modular broadcasting, signal recognition and processing (MASP) systems, a multi-resource information support system (GDMX) and others.

In addition, General Dynamics has been working with NASA for a long time to create, operate and improve the automated launch, control and orbital correction system for space satellites (TDRSS).

It is an international industrial group that manufactures information systems for aerospace, military and maritime applications. It ranks third in the world in the production of airborne radars. The company’s share price is at 70 euros, with a forecast of growth in value to 87-88 euros, according to analysts from Reuters. Such an increase will provide a return to investors at 25%.

As for startups in the space tech sector, you should pay attention to the following:

The company expects each printed rocket launch to cost roughly $ 10,000,000, according to Futurism.

Relativity Space plans to use the new investment to build a second Stargate printer and accelerate rocket production.

✔️ California startup Moon Express has raised $ 20 million in investments – the company expects to use this money to send the device to the moon. Moon Express became the only private company to receive permission from the US government to carry out a mission to another planet.

✔️ Rocket Lab, one of the largest startups in the NewSpace category of companies, providing services for launching spacecraft into orbit, has announced the Photon satellite platform.

The startup focuses primarily on the delivery of compact satellites. However, like Elon Musk’s company, it has focused on creating launch vehicles that can be used repeatedly.

To date, Rocket Lab has conducted 11 missions, launching from New Zealand, but is soon going to reach the United States, and the US National Space Intelligence Agency has already become its clients.